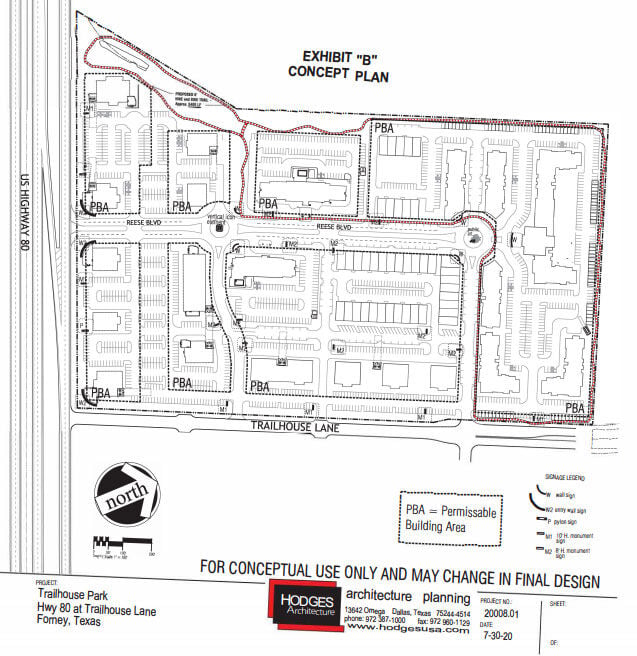 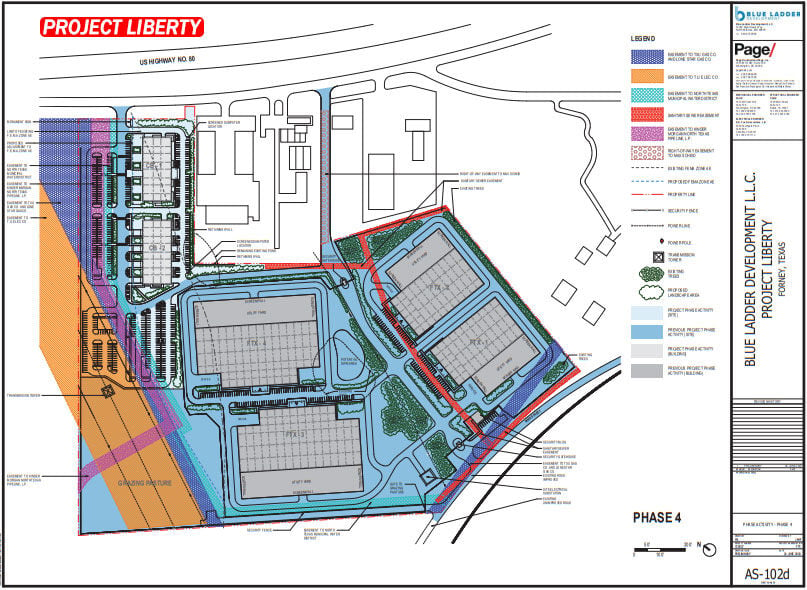 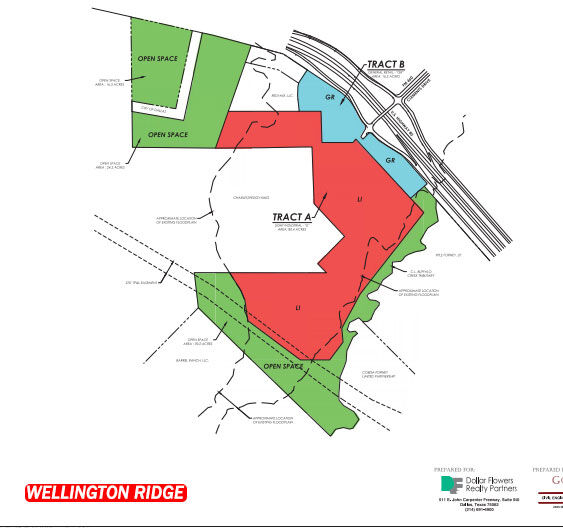 The reimbursable grants, in the form of economic incentive and performance agreements, were approved unanimously by the Forney City Council  for the Trailhouse Park Planned Development (PD) and the Victory at Forney development.

The economic incentive and performance agreements for both developments call for a reimbursement of up to 50% of the developers qualified expenditures to the infrastructure at their respective site up to a total program grant amount of $2.25 million each. The developer may submit a reimbursement request with the Forney Economic Development Corporation monthly with a maximum reimbursement in the first fiscal year of  $1.25 million and a maximum of $1 million each fiscal year thereafter up to the maximum of the program grant amount.

The Trailhouse Park PD is located northwest of the U.S. Highway 80 frontage road and Trailhouse Lane. In addition to the economic incentives and performance agreement, the council unanimously approved a development agreement and approval was also given during a public hearing to rezone the property of the proposed 38.526 acres of development from a commercial and general retail district to a planned development overlay district with base zoning districts with designations for commercial and multi-family.

Commercial use includes retail, office, hotel, medical, entertainment, or restaurant uses. The City of Forney announced the developer has plans for a large hotel franchise and the development agreement allows for a height for hotel use at 75 feet, which is approximately six to seven stories.

The developer also agrees to use commercially reasonable efforts to cause the operators of the commercial and retail space to employ a minimum of 25 full-time equivalent employees by December 31, 2025, or within one year of the City of Forney issuing the CO for the minimum 25,000-sqaure feet of commercial space, which ever comes first.

According to former Forney Mayor and current owner of The Forney Messenger Darrell Grooms, who represented the developer at the city council's meeting, the development will feature a 5,400-foot trail throughout the property — connecting the many elements proposed. Grooms also says the proposed hotel is expecting to build-out approximately 110 guest rooms.

Mayor Pro-Tem Shaun Myers requested the item be brought up in closed, executive session so that he could ask additional questions on the item before action would be taken by the council. Following executive session, the project, its economic incentives and performance agreement, and its developmental plans were unanimously approved by the council.

The Victory at Forney PD is located just southeast of the Trailhouse Park PD, at the northeastern corner of the U.S. Highway 80 frontage road and Trailhouse Lane. Victory at Forney is only proposing commercial uses which, according to the City of Forney, will include a large anchor retail store. Although not confirmed or officially announced, a person familiar with the development tells inForney.com Kohls may be that large anchor tenant proposed at the site.

According to the economic incentive and performance agreement, the developer agrees, through the exercise of commercially reasonable efforts, to cause the substantial completion of one or more newly constructed commercial retail structures consisting of a total of an additional 7,500-square feet of combined commercial space on the property by August 20, 2022. Additionally, the developer agrees through the same efforts to cause the employment and maintenance of a minimum of 10 full-time equivalent employees by August 30, 2023.

The economic incentive and performance agreement for the Victory at Forney development was also unanimously approved by the Forney City Council. Additionally, following executive session, the council unanimously approved a Chapter 380 agreement for Victory at Forney. Details of that agreement were not immediately available and not published in the council's agenda due to the item being listed and taken up in executive session.

In other business-related news, the Forney City Council approved an ordinance to rezone 108.2 acres within the Wellington Ridge Planned Development. The development previously was approved for 308 single-family lots and 259 multi-family units on the eastern portion of their property located south of U.S. Highway 80 near Farm-to-Market (FM) 460, also known as Clements Drive. The new zoning has removed the residential elements and changed them to a light industrial zoning. Previously proposed general retail adjacent the U.S. Highway 80 frontage road will remain.

The council also approved Project Liberty — a 49.498 acre planned development which proposes retail, commercial, and restaurants along the U.S. Highway 80 frontage road just west of the Broad Street intersection. The developments main component will be set back behind the commercial elements and proposes four large buildings for data centers.

According to project representative Angela Hunt, a zoning and land-use attorney and former City of Dallas Councilmember turned lobbyist, the project plans four stages of development with Data Center 1, Data Center 2 & 3, Data Center 4, and then the commercial phase. Leasing for the first data center is already at 10% and the developers anticipate 50% leased before its expected completion in 2023.

The developer will construct the Pacific-Main Street extension to access the rear of the property, according to Community Development Director Peter Morgan.