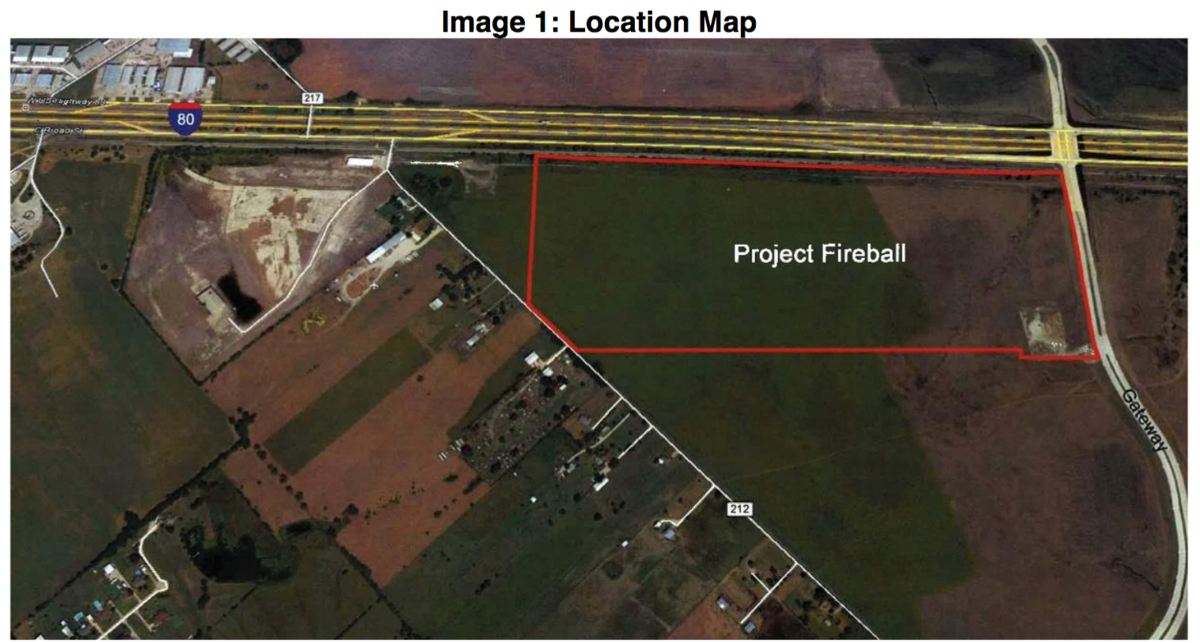 FORNEY, Texas — A public hearing is scheduled for Thursday on a proposal to rezone approximately 102 acres of agricultural land to make way for a 1.2-million-square-foot warehouse and distribution center along U.S. Highway 80 in Forney.

The project, publicly identified only by the code name “Project Fireball,"proposes building an approximate 1,207,538 square-foot warehouse and distribution center just south of U.S. Highway 80, east of County Road 212, and west of Gateway Boulevard.

The rezoning request, if approved, proposes changing the use of approximately 102.037 acres at the site from agriculture to a planned development with a base district of light industrial.

A concept plan for Project Fireball also proposes construction of a new road south of the development which would connect County Road 212 and Gateway Boulevard.

The unnamed business is seeking economic incentives that are to be determined among other considerations if the rezoning should be approved — such as considerations for a final plat, civil plans, a traffic impact analysis, a site plan, and building plans.

The public hearing before the City of Forney Planning and Zoning Commission is scheduled for Thursday, October 4, 2018, at Forney City Hall at 6:30 p.m.