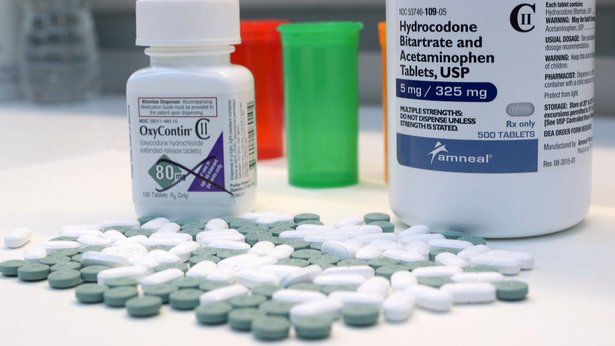 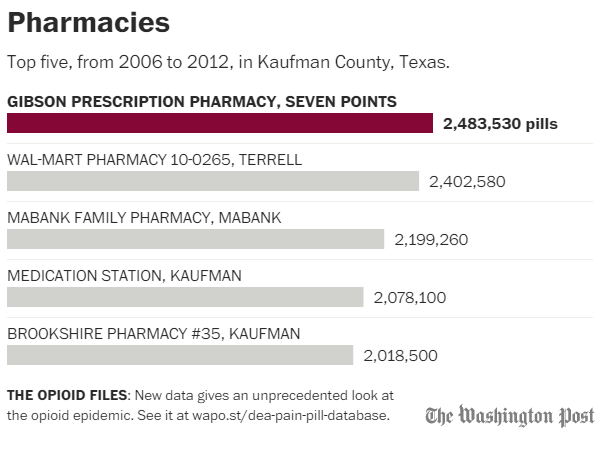 KAUFMAN COUNTY, TEXAS — Kaufman county residents consumed more than 29 million oxycodone and hydrocodone pills from over 6 years according to a new report released earlier this month by the Washington Post.

For the first time, a database maintained by the Drug Enforcement Administration that tracks the path of every single pain pill sold in the United States — by manufacturers and distributors to pharmacies in every town and city — has been made public.

The Washington Post sifted through nearly 380 million transactions from 2006 through 2012 that are detailed in the DEA’s database and analyzed shipments of oxycodone and hydrocodone pills, which account for three-quarters of the total opioid pill shipments to pharmacies.

These records provide an unprecedented look at the surge of legal pain pills that fueled the prescription opioid epidemic, which resulted in nearly 100,000 deaths during the seven-year time frame ending in 2012.

The Post gained access to the Drug Enforcement Administration’s Automation of Reports and Consolidated Orders System, known as ARCOS, as the result of a court order. The Post and HD Media, which publishes the Charleston Gazette-Mail in West Virginia, waged a year-long legal battle for access to the database, which the government and the drug industry had sought to keep secret.

Brookshire’s Pharmacy in Kaufman and Medication Station which has since sold to CVS Pharmacy and closed, dispensed over 4 million pills from 2006 to 2012.

The Treehouse, an inpatient drug and alcohol addiction treatment facility located in Scurry treats hundreds of patients from across the country every year and warns that many opioid addictions begin in the medicine cabinet.

“We encourage families to treat their prescription pills like a loaded gun, “ Brett Martin, a Treehouse spokesman says. “They both can be fatal.”

For more information about the results nationwide, click HERE.