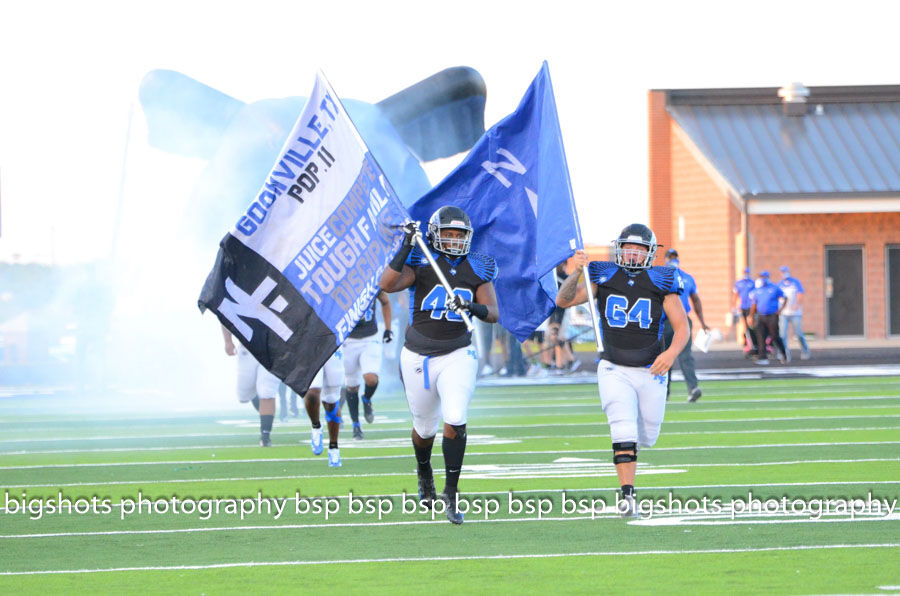 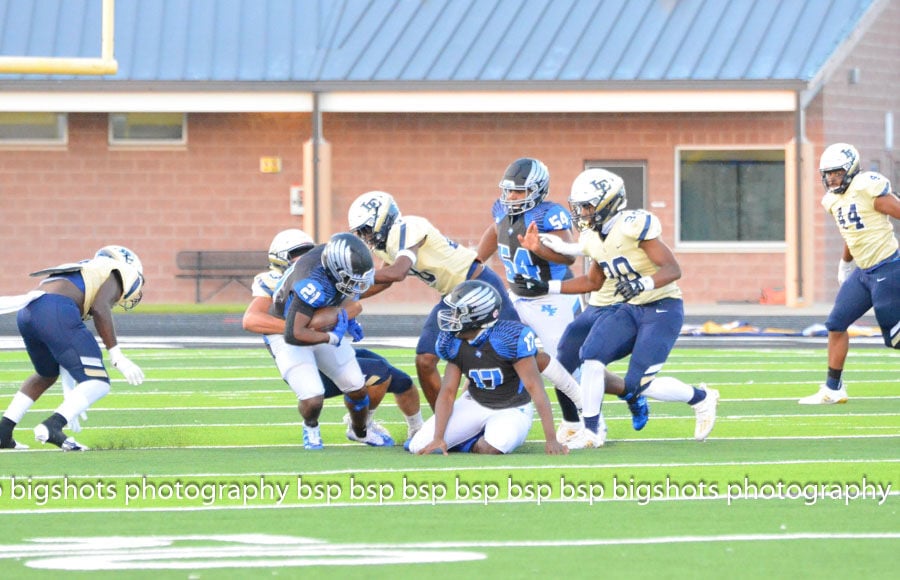 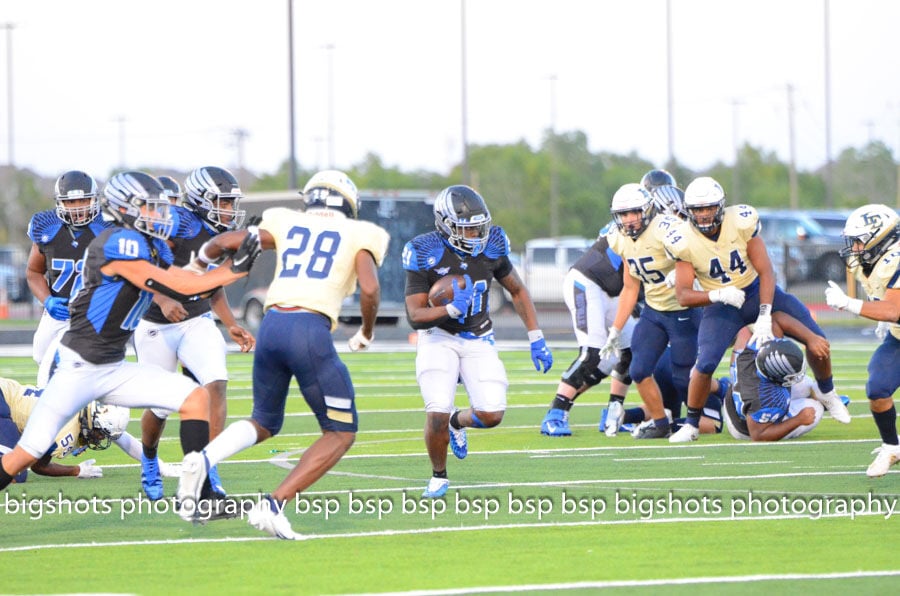 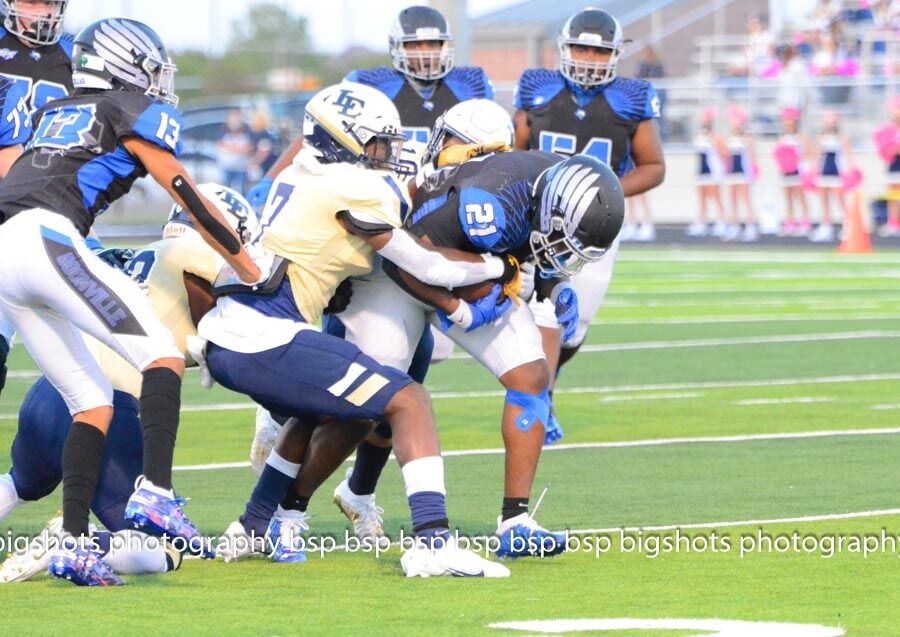 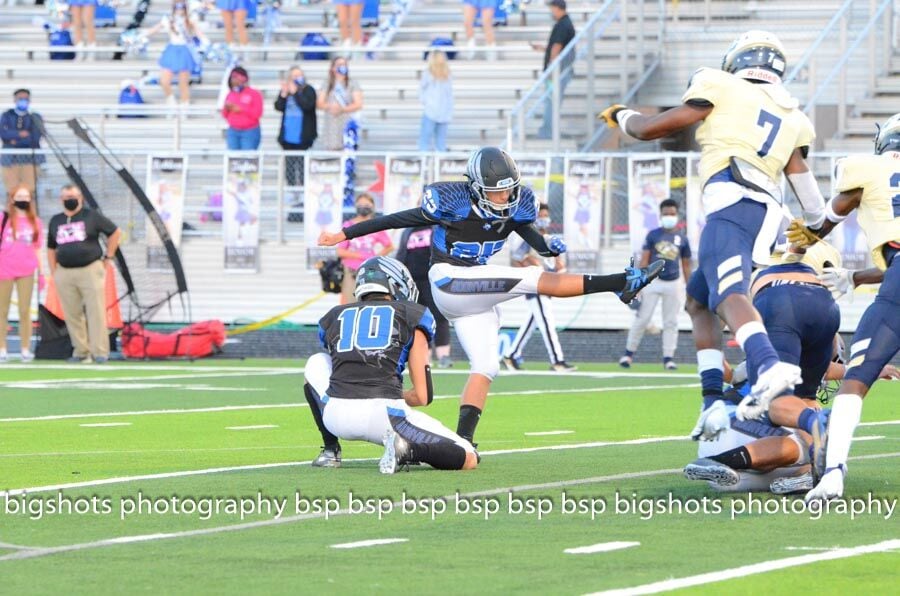 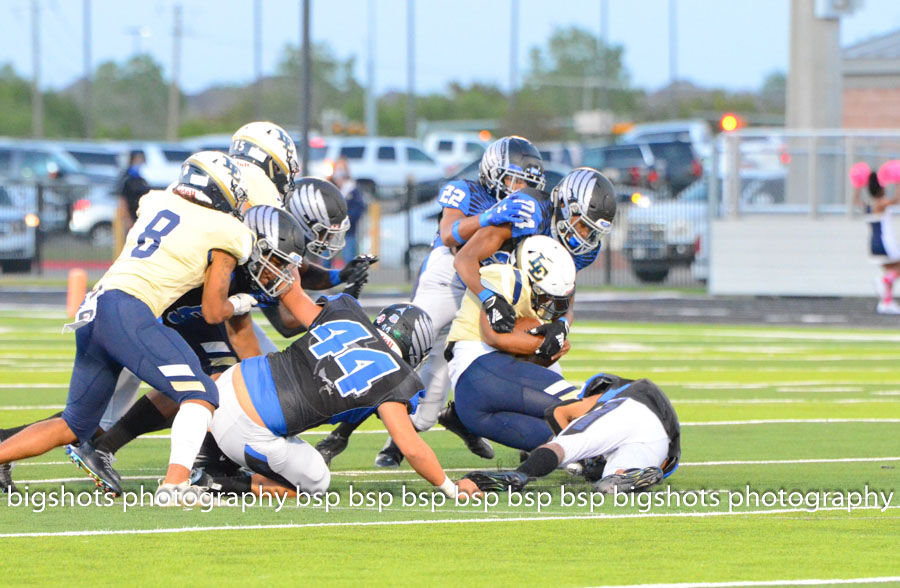 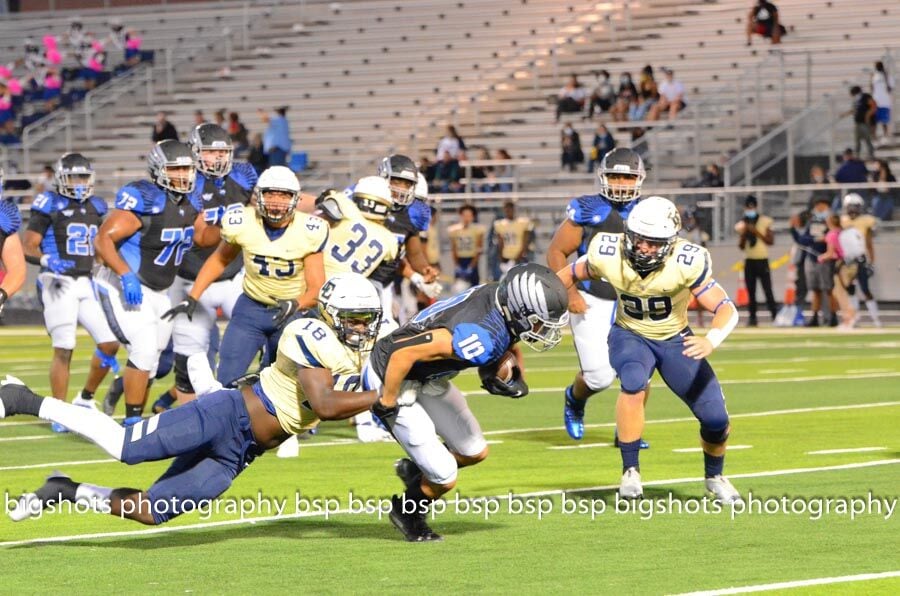 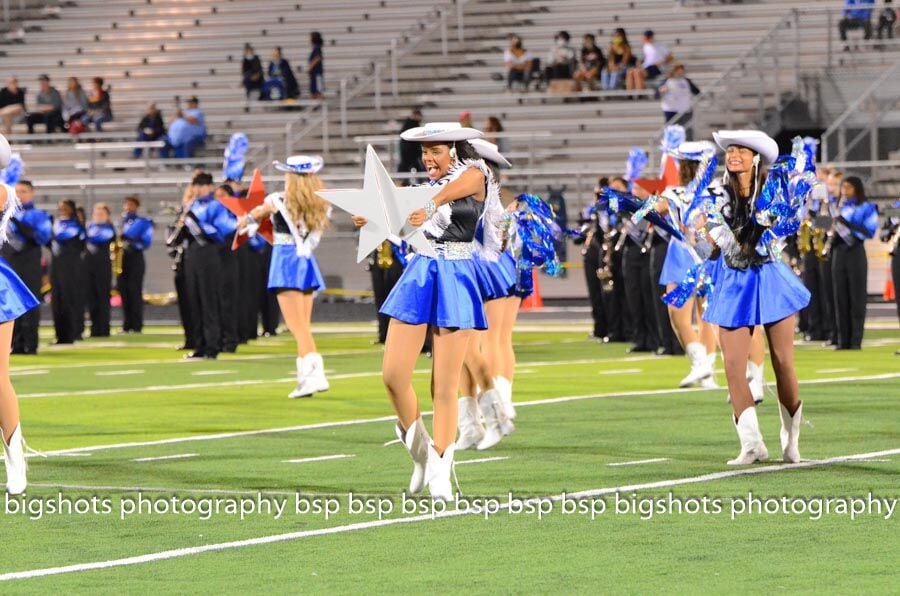 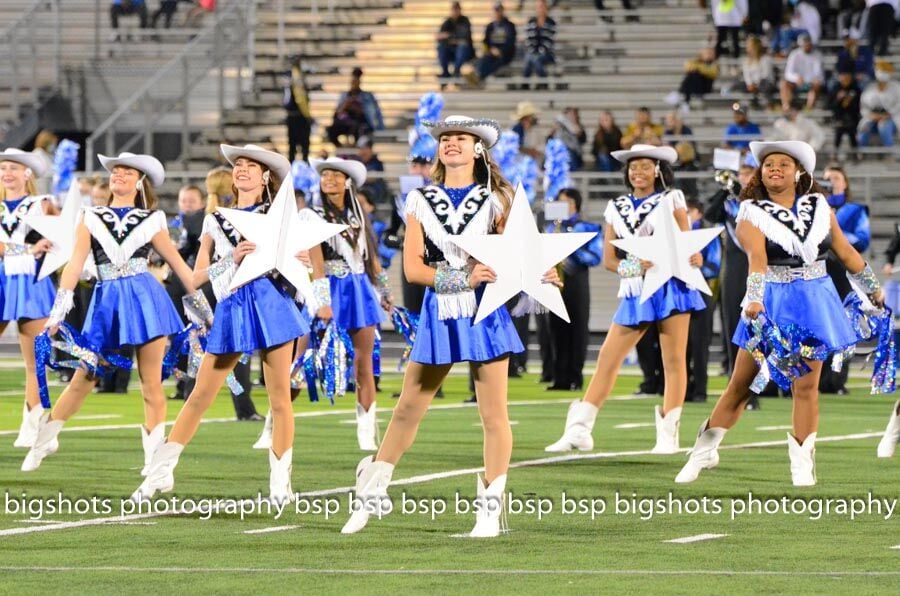 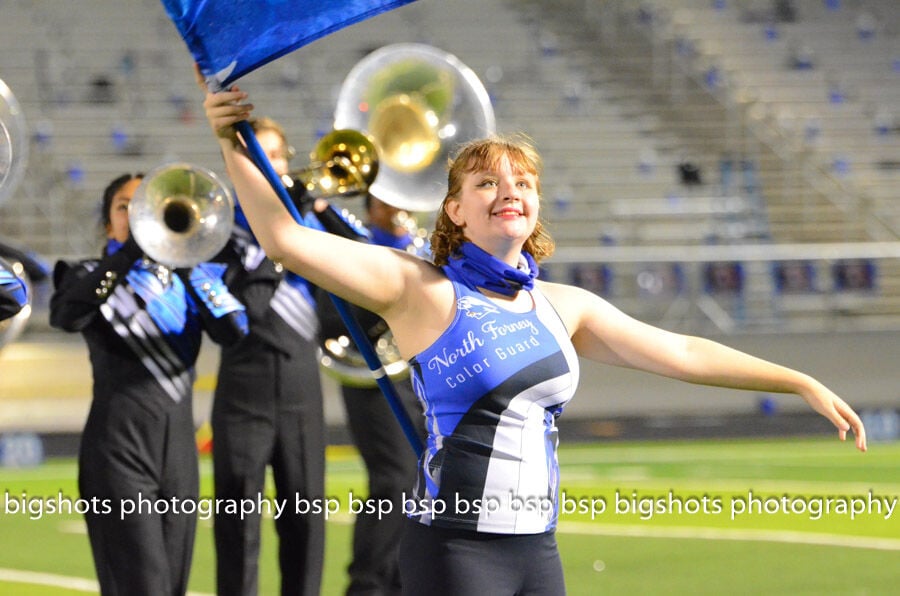 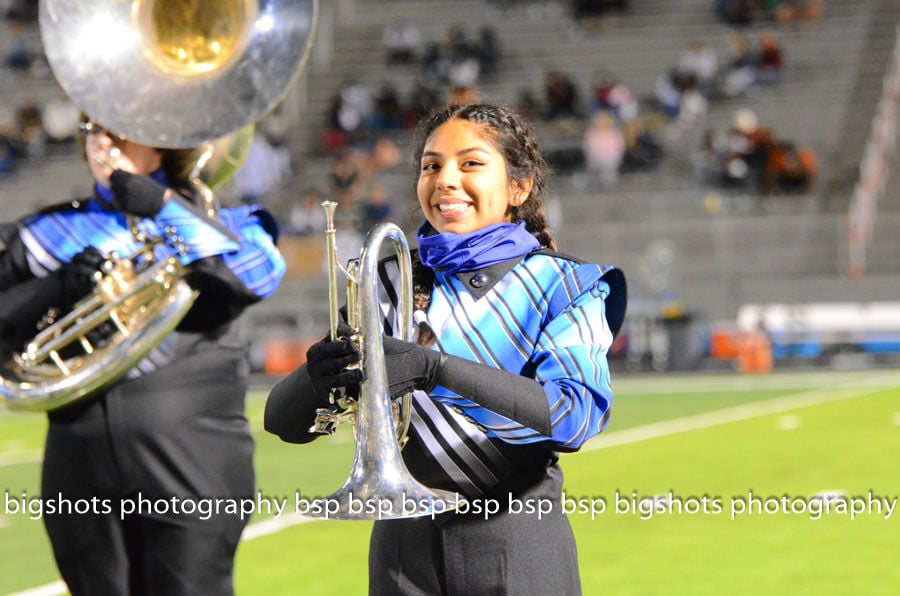 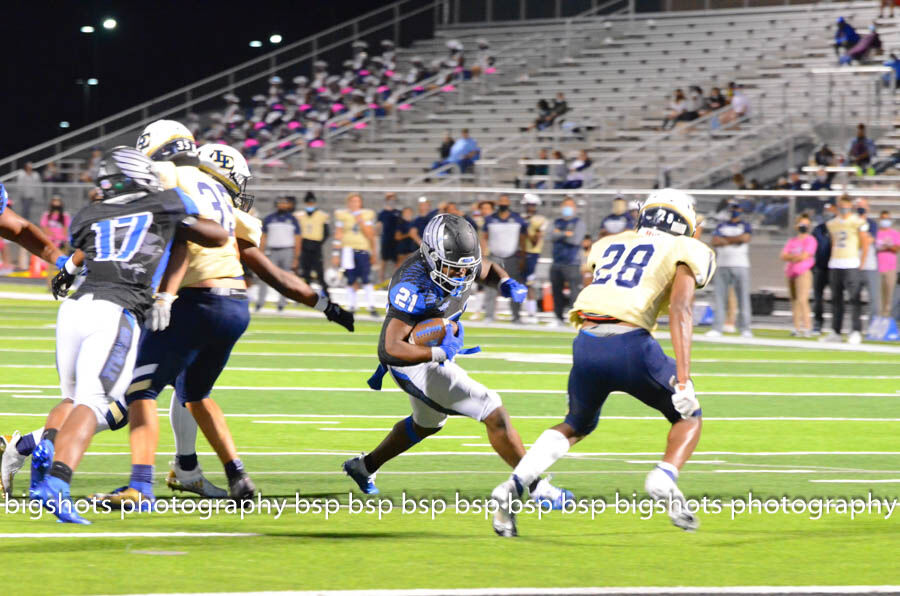 FORNEY, Texas — After last week’s historic win over then #2 state-ranked Frisco Lone Star, it might have been expected for the Falcons to inevitably suffer a letdown against the Little Elm Lobos on Thursday night. However, on what was not only the home opener for North Forney but also Senior Night, that was not the case at all.

It was a few of those Falcon seniors who helped jumpstart the offense with 16 first quarter points. The offense took the field first and wasted no time driving 69 yards down the field in 7 plays, capped off by a 32-yard touchdown pass from junior quarterback Landon Heath to senior wide receiver Kristian Aricheta.

After the defense forced a turnover on downs near midfield, the offense once again wasted little time getting into the endzone thanks to a trick play in which Heath lined up under center (instead of in the shotgun like normal) then throw backwards to senior wide receiver Collyn Shipley. Shipley, after scooping up the pass just before it hit the ground, found senior running back Ty Collins wide open in the middle of the field. Collins took it in the rest of the way for the 43-yard score and a 13-0 Falcons lead after a missed extra point.

A couple of plays after an interception from senior linebacker Donovan Holt, the offense would score for the third straight possession to start the game when kicker Ricky Cortez knocked through a 29-yard field goal to give North Forney an early 16-0 advantage.

The Falcons defense forced 3 first half turnovers and 4 overall on the night. The second forced turnover came via an interception by senior safety Jeremy Bailey just before the end of the first quarter on a long 4th down pass attempt from Little Elm quarterback John Mateer. A couple of series later Mateer once again gave the ball to North Forney’s defense this time fumbling while being sacked by Falcons linebacker Chandler McGee. Fellow linebacker Akanimo Asuquo recovered the loose ball.

North Forney would convert that turnover into points 7 plays later when Heath connected with wide receiver Tyler Tucker in the back of the end zone for a 19-yard touchdown to push their lead to 23-0.

Little Elm was able to get points just before halftime after Mateer found wide receiver Dylan Evans for a gain of 44 yards who did most of the work after the catch setting up the Lobos at the Falcons 11-yard line. On the very next play running back Jason Jackson caught an 11-yard swing pass from Mateer and scampered his way into the end zone for the first Little Elm points of the night.

The second half was rather uneventful scoring wise as neither team scored until North Forney went up 30-6 with 6:37 left in the 4th quarter thanks to a 12-yard touchdown pass in the back of the end zone from Heath to Shipley that capped off a 12 play, 75 yard touchdown drive.

Little Elm got a late touchdown and two-point conversion once the Falcons had started to mix some of their rotational guys in defensively to make it 30-14, but the Lobos never truly threatened late and the final score would remain 30-14.

North Forney caught a break on the night fumbling four times but recovering all four of them.

In Heath’s first career varsity start he spread the ball around finding 3 different receivers for touchdowns. Heath would finish the night completing 13 of 26 passes, for 139 yards and 3 touchdowns.

Collins would also contribute on the ground with 189 yards rushing on 36 carries to go along with 48 yards receiving and 1 touchdown receiving.

For the second week in a row the Falcon defense would hold the opposing offense to 240 total yards or less. They have also now forced 6 turnovers through the first two weeks.

North Forney (2-0) will travel to Fort Worth next Friday night to take on the Brewer Bears. Kick off will be at 7:30 pm and the broadcast can be seen online on the Goonville Radio Network brought to you by Sportsgram at https://www.meridix.com/channel/?liveid=sportsgram7#/

The Facebook live video pregame show will start at 7pm and can be watched on the Goonville Radio Network Facebook page.