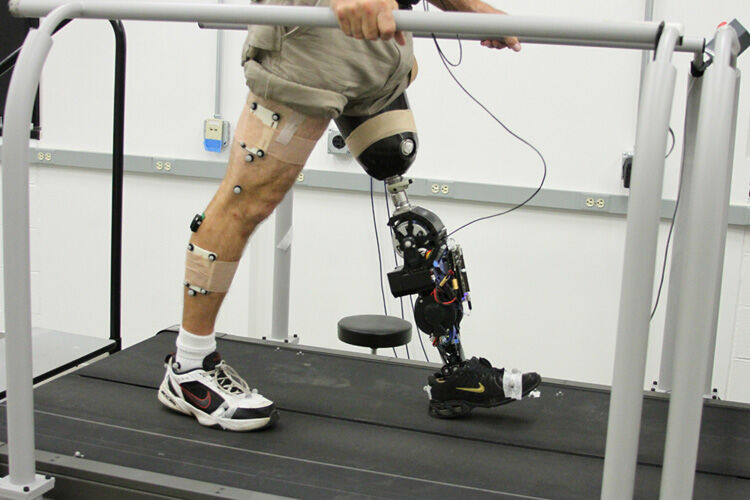 A volunteer tests researchers’ latest design of a powered prosthetic leg during a treadmill experiment. The new model features improved shock absorption and lower noise. The motor acts as a generator to recharge the device’s battery when it contacts the ground. 📷 UTD Today 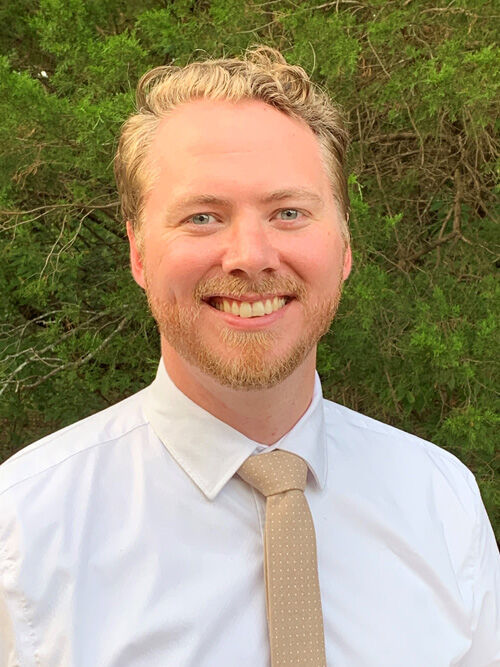 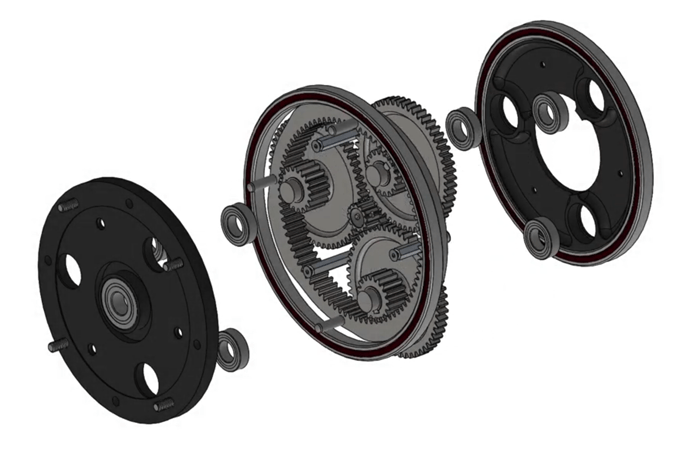 FORNEY, Texas (by Kim Horner, UTD Today) — As a mechanical engineering undergraduate at The University of Texas at Dallas, Dr. Toby Elery had not yet decided on a career path. Then he visited a prosthetics clinic.

“I realized this is something I could use my degree for that was exciting and fascinating, that will also help people,” said Elery BS’14, MS’16, PhD’20. The work he saw at the clinic inspired him to enroll in graduate school to specialize in robotic prostheses and orthoses.

At UT Dallas, Elery led the design from concept to completion of a novel robotic prosthetic leg. His latest research on the project, supported by the National Institutes of Health, was published online in the journal IEEE Transactions on Robotics in July.

The design of the robotic prosthetic leg aims to solve the common problem of stiff and rigid movements in powered prosthetic limbs. The team of researchers at UT Dallas worked on a robotic leg that uses sensors to synchronize its movements with the user’s movements, which provides more control.

“We are innovating on how we design robotic prosthetic legs,” Elery said. “With recent advances in motor technology, we are able to design prostheses in ways that weren’t possible before, which can provide greater power and more natural support to the user.”

The design is a new version of the team’s robotic 2018 powered knee-ankle prosthesis, designed to allow amputees to walk more naturally at various speeds on variable inclines. While many powered prosthetic devices typically have small motor and large transmission systems, the team’s most recent work does the opposite by using a large motor and small transmission.

“What results is a joint that is very flexible,” Elery said, “which behaves more closely to a human joint and feels more natural to the user.”

The improved design has several other advantages, including better shock absorption when the prosthetic leg contacts the ground and reduced pain for users, he said. The smaller transmission generates less noise — lowering the volume from the level of a vacuum cleaner to that of an electric toothbrush. Another benefit: The prosthesis’s motor acts as a generator when it contacts the ground and recharges the device’s battery.

“It’s more efficient than similar prostheses and can even provide more torque and power,” Elery said.

Elery worked in the UT Dallas lab of Dr. Robert Gregg, now an associate professor at the University of Michigan, who will continue to develop the robotic prostheses at that institution. The researchers tested the new model on two people for the current study and plan to test larger numbers of users in future studies.

“It makes my job so enjoyable to work with brilliant students like Toby,” Gregg said. “His PhD work will have a lasting impact on the prosthetics field while he continues to innovate throughout his career.”

Elery said the research experience he gained at UT Dallas gave him a well-rounded knowledge of mechanical engineering, robotics and robotic systems that led him to his new career step.

“Aside from the preparation from coursework, my research work was invaluable in preparing me and giving me experience in a multidisciplinary fashion,” Elery said. “With this project, I not only used my mechanical engineering background, but learned more about electrical engineering and control systems.”

The research was supported by grants from the Eunice Kennedy Shriver National Institute of Child Health and Human Development (1DP2HD080349-01) and (7R01HD094772-03) and from the National Science Foundation (1637704).