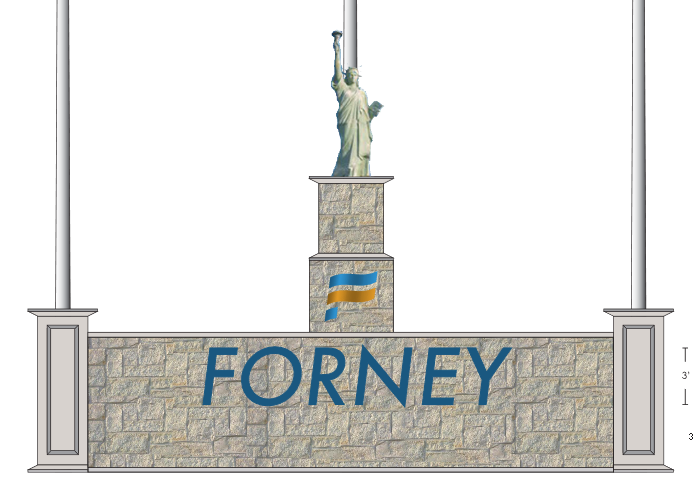 FORNEY, Texas — Construction is underway to replace the City of Forney's replica Statue of Liberty alongside U.S. Highway 80.

The statue was originally removed from its location along U.S. Highway 80 and Broad Street as crews prepared for the ramp relocation and service road project on the south side of U.S. Highway 80, named the Liberty Hill Project.

Since the completion of the Liberty Hill Project, city officials have discussed options to replace or relocate the statue — ultimately deciding to replace the statue near where it has stood for approximately three decades.

During the March 19, 2019, City Council meeting, the Forney City Council approved authorization to seek bids on the project, estimated at approximately $264,847. The project was to be paid for by monies donated by Luminant to the Community Betterment Fund.