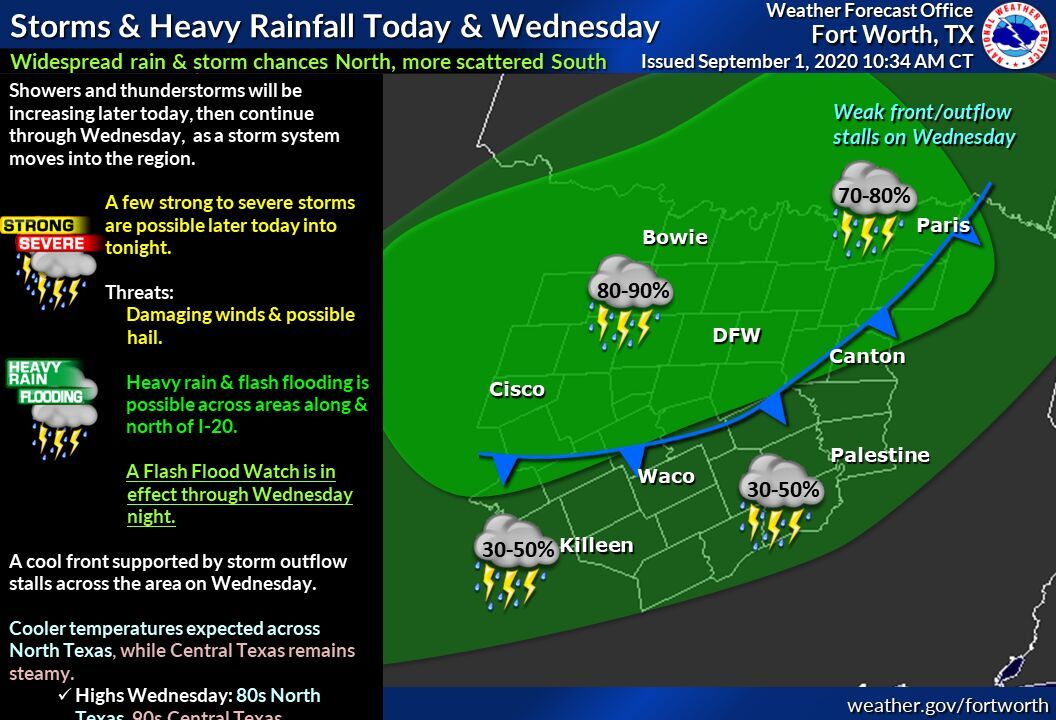 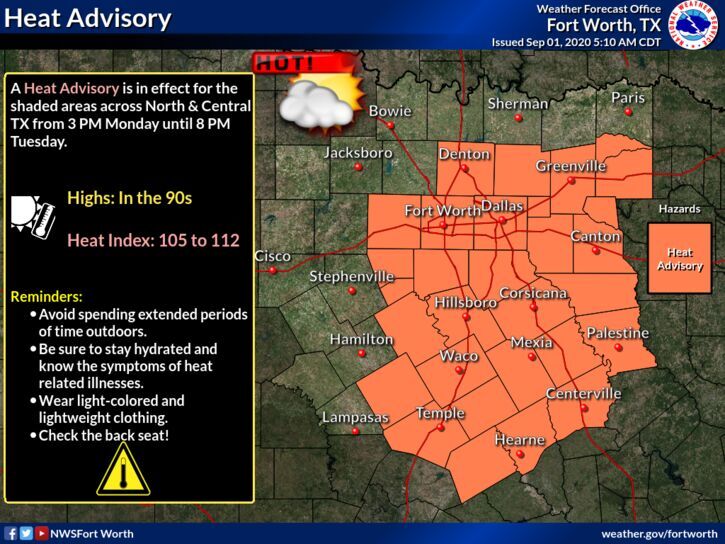 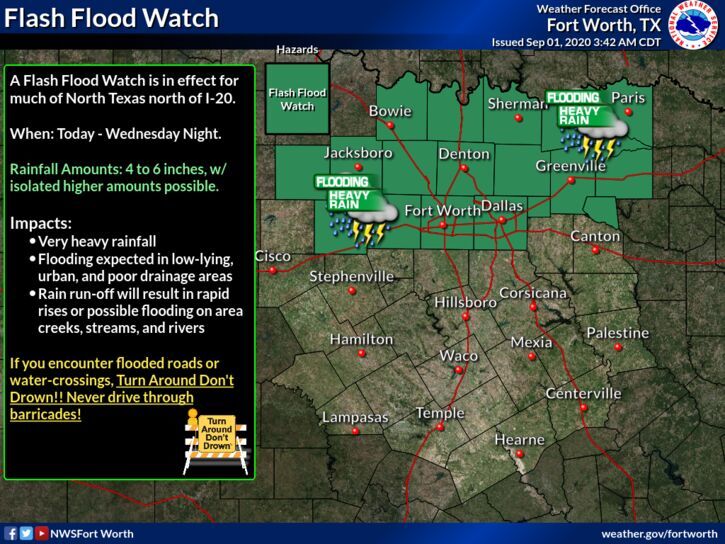 KAUFMAN COUNTY, Texas — A Flash Flood Watch has been issued for portions of north Texas with expected strong to severe storms arriving Tuesday afternoon and into Wednesday, according to the National Weather Service.

"Showers and thunderstorms, some containing very heavy or torrential rainfall will increase later today with additional rounds of showers and thunderstorms containing heavy rainfall continuing through Wednesday night across most of North Texas," read a statement from the NWS. "A Flash Flood Watch has been issued areas north of Interstate 20 for our Red River counties through Wednesday night."

In Kaufman County, rainfall amounts are possible between 2 and 6 inches, with isolated heavier amounts.

A Heat Advisory issued on Monday continues until 8 p.m. tonight.

"High humidity will combine with highs well into the 90s for afternoon heat index values of 105 to 112 degrees," stated the NWS. "Make sure to practice heat safety!"