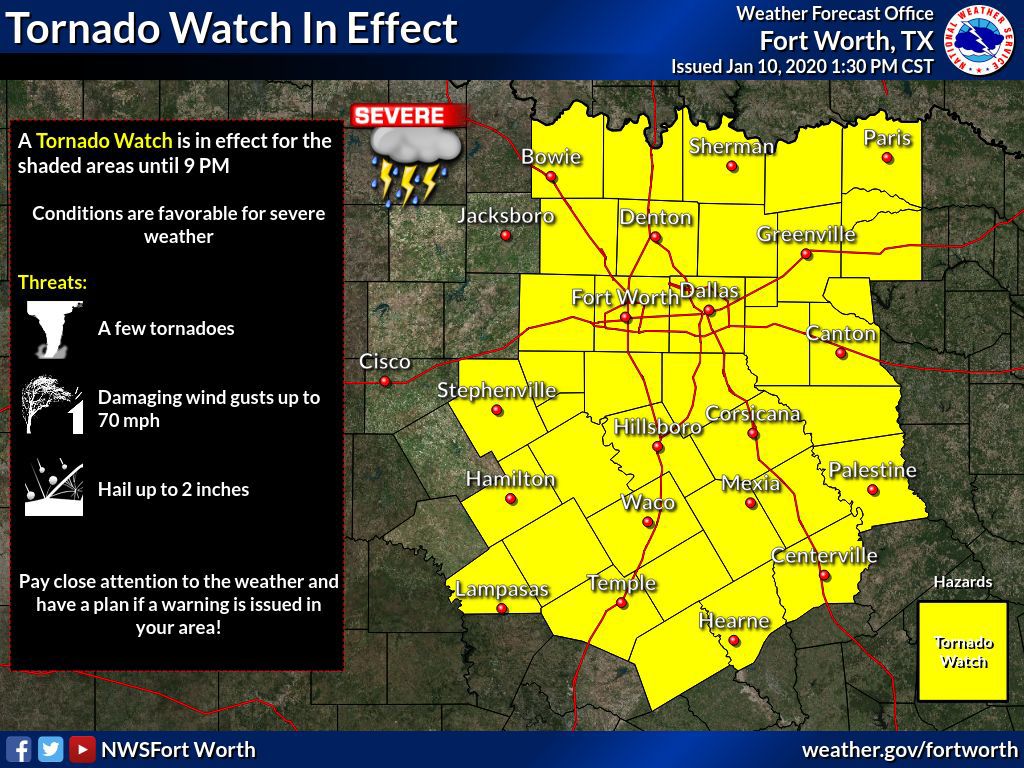 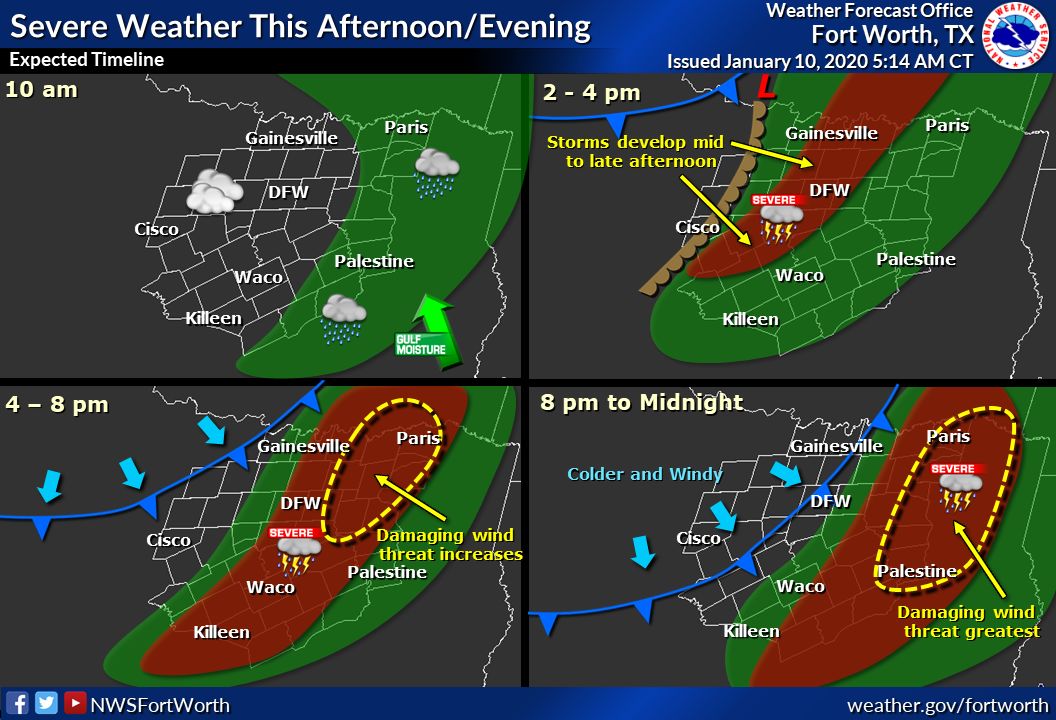 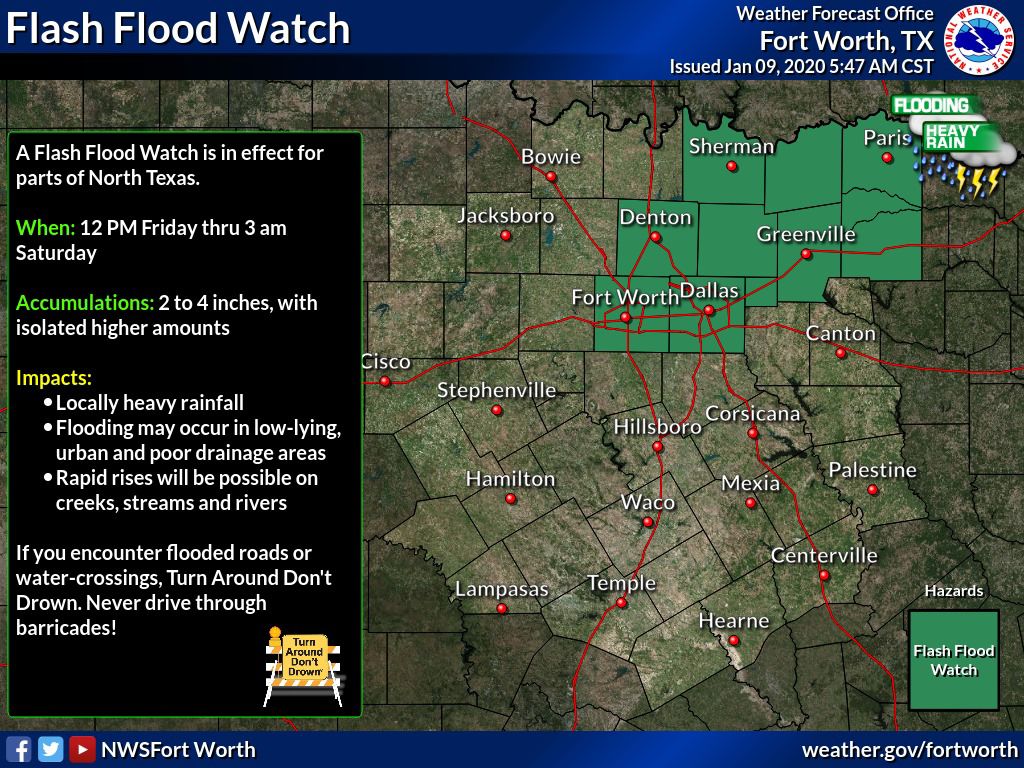 KAUFMAN COUNTY, Texas — UPDATE — The National Weather Service has issued a Tornado Watch for portions of north Texas, including Kaufman County, until 9 p.m.

ORIGINAL — Thunderstorms developing in north Texas on Friday afternoon could bring a wave of severe weather, including large hail, damaging winds, and tornadoes, according to the National Weather Service.

"Anywhere from Gainesville to Mineral Wells to Comanche and eastward into East Texas will have the potential of hazardous weather conditions," stated the NWS Friday morning. "This includes the DFW Metroplex, I-35 corridor, and Waco/Temple/Killeen areas."

Flash flooding is also possible, mainly from the metroplex northeast into the Paris-Bonham areas.

The NWS says the storms are likely to begin developing between 2 and 4 p.m. and begin moving eastward.

North and north-central area residents area advised to be weather aware and have multiple available sources of weather information available throughout the day for the latest forecasts and weather alerts.

On Saturday morning, snow may be possible north of the Interstate 20 corridor with some light accumulations mainly north of U.S. Highway 380. No major travel hazards are expected given any snow that does fall will likely melt on contact or blow off the road with windy conditions, according to the NWS.

There is a low chance of thunderstorms late next week.