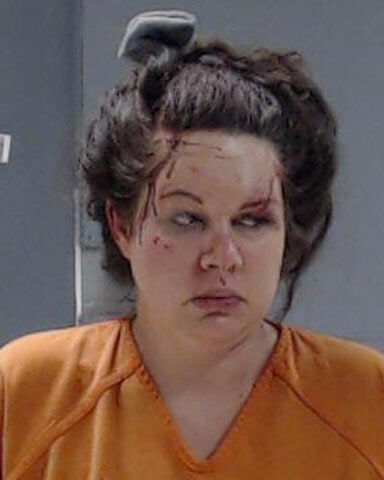 Megan Smith has been charged with intoxication manslaughter with a vehicle in connection with the fatal wrong-way crash on Interstate 30 in Royse City that claimed the life of Texas 5th Circuit of Appeals Justice David L. Bridges on July 25, 2020. Hunt County Jail.

Police, citing preliminary investigation, say 32-year-old Megan E. Smith was driving eastbound in the westbound lanes when she struck two vehicles — one of which was occupied by Bridges and caught fire.

Bridges was pronounced deceased at the scene, according to police.

The driver of the second vehicle was not injured and Smith was taken to an area hospital for minor injuries, treated, released, and booked into the Hunt County Jail on a charge for intoxication manslaughter with a vehicle. Bond information was not available at press as Smith was awaiting arraignment.

Bridges, who was born in Fort Worth, was elected to the Fifth District Court of Appeals in 1996, according to the Texas Judicial Branch.

"Justice Bridges was tragically taken from us, from his family, by the careless actions of a drunk driver," read a statement from Dallas County Republican Party Chairman Rodney Anderson. "Our thoughts and prayers are with his family and friends during this time. His passing is a loss to our country and to the citizens of Dallas."

"Justice Bridges was someone who was greatly respected by the legal community, and he had established a reputation for collegiality, collaboration with fellow Justices, and genuine love of the law," stated Dallas County Democratic Party Chair Carol Donovan. "The Democratic Party extends its deepest condolences to Justice Bridges' family at this time."

More on Bridges from the Texas Judicial Branch:

He served in the United States Army in 1973 and 1974. He worked at the General Electric Plant to put himself through school at Tyler Junior College and the University of Texas at Tyler. After graduation, he worked as a Petroleum Landman along the Appalachian Mountain range and left his job as crew chief to attend Texas Tech School of Law.