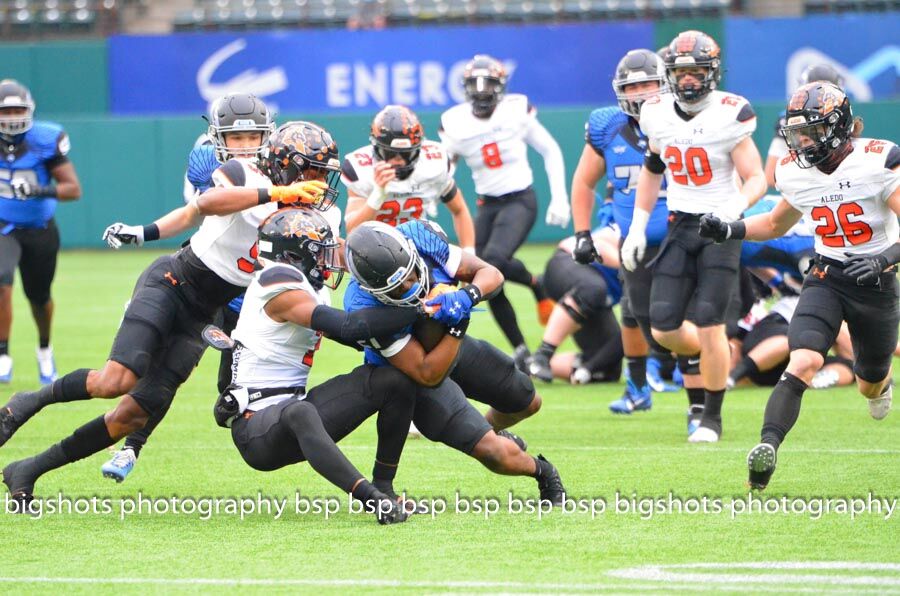 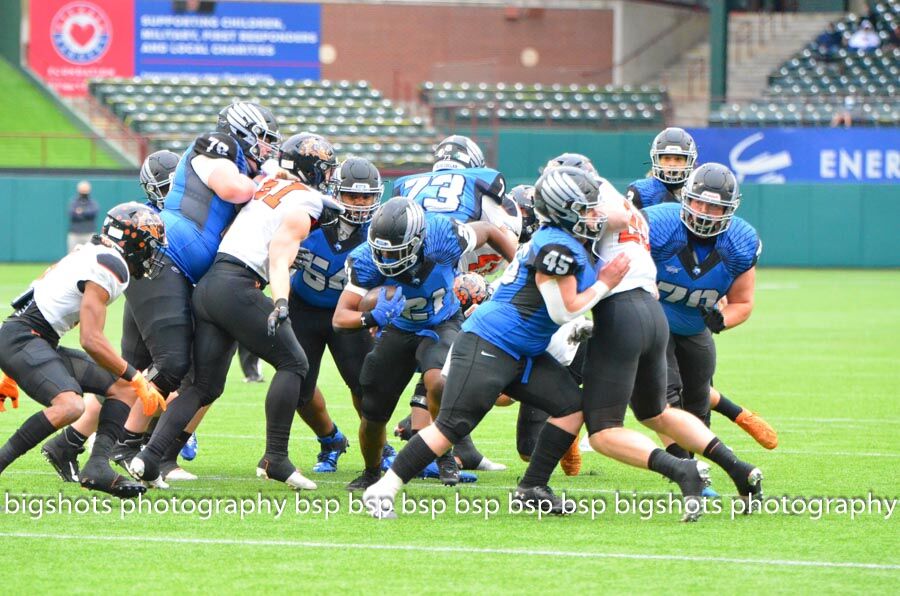 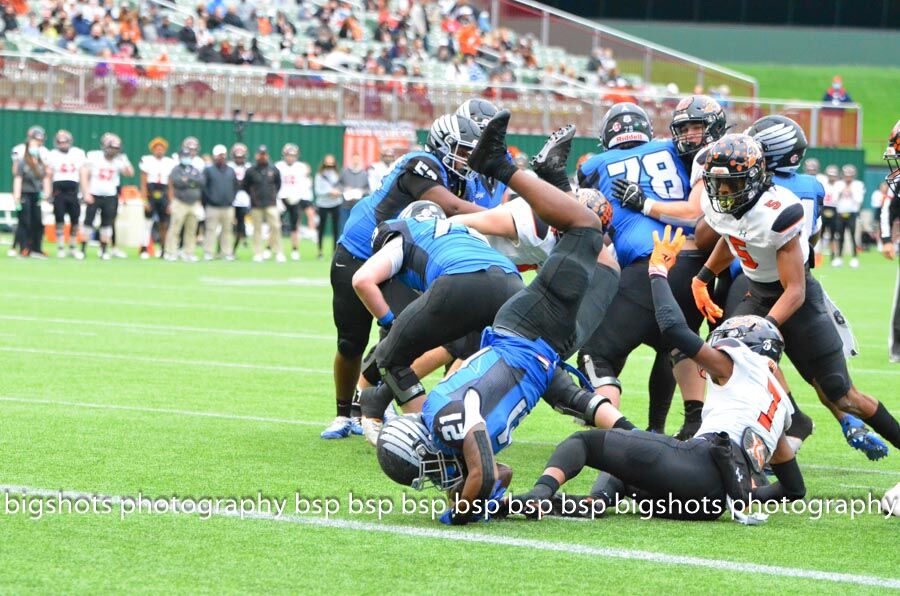 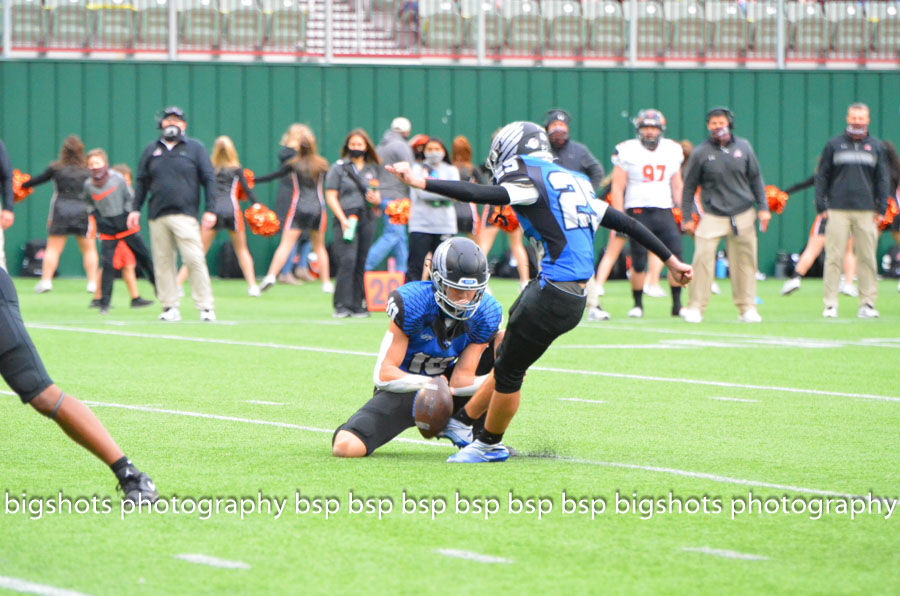 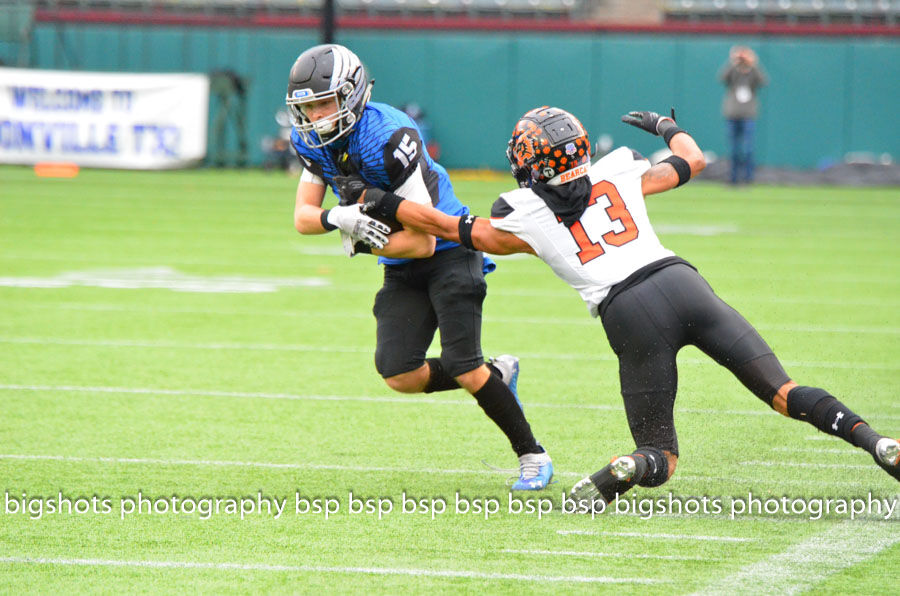 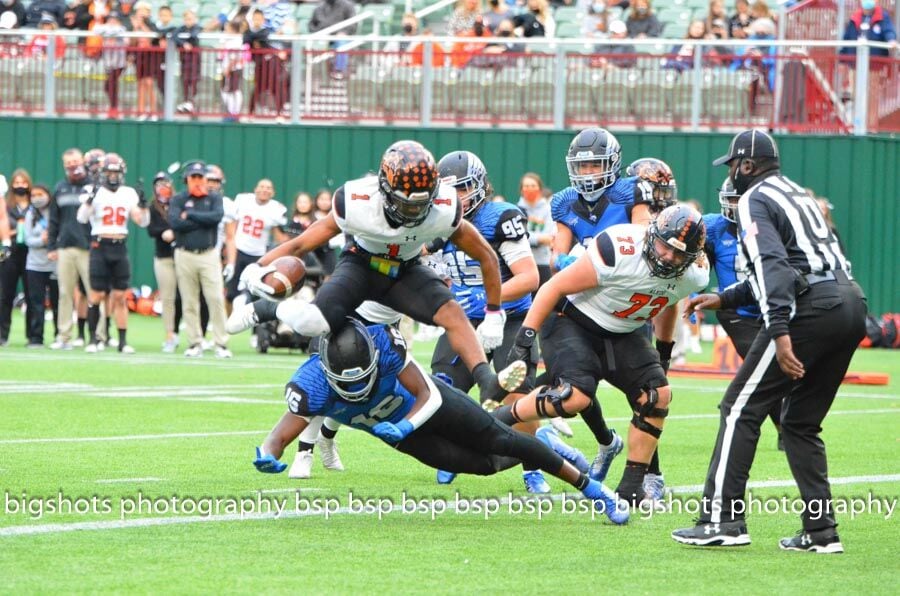 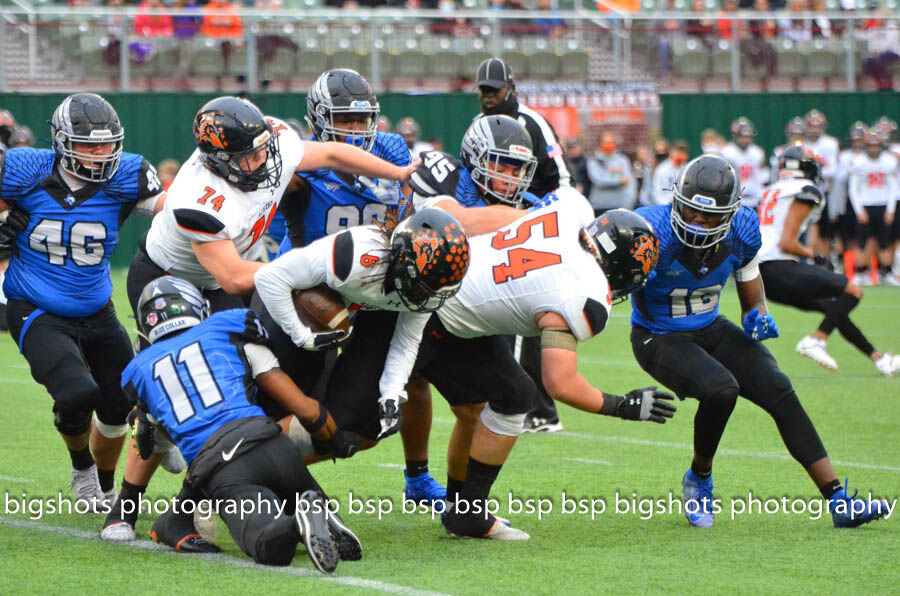 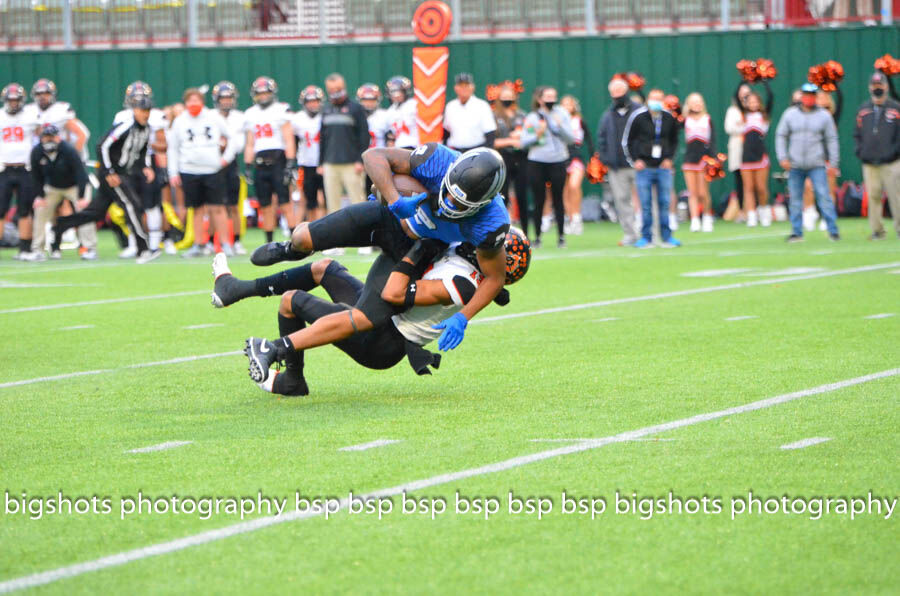 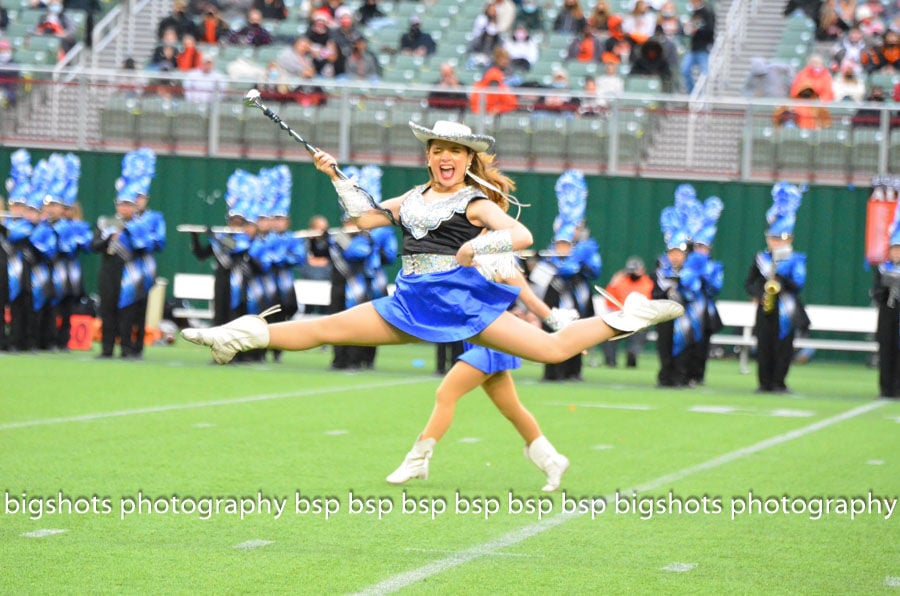 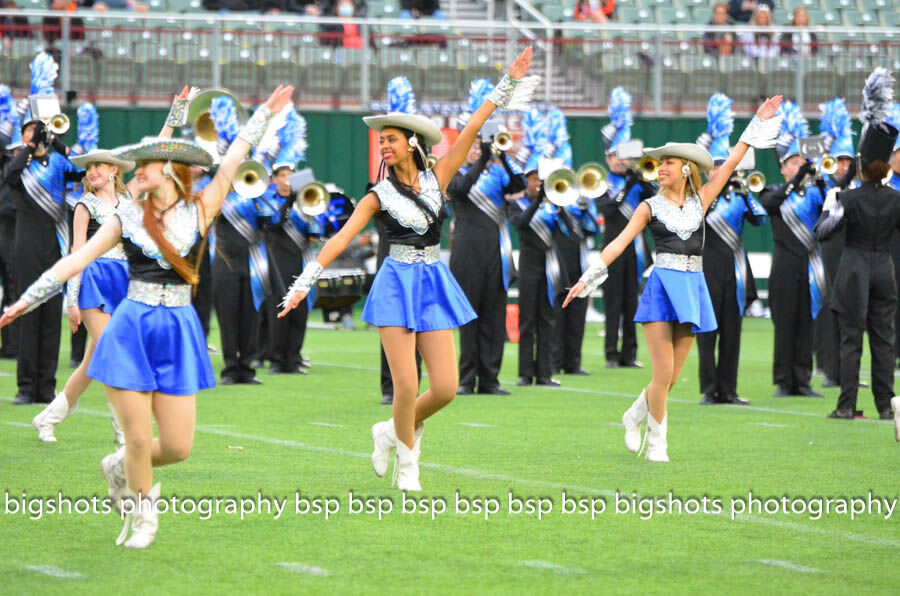 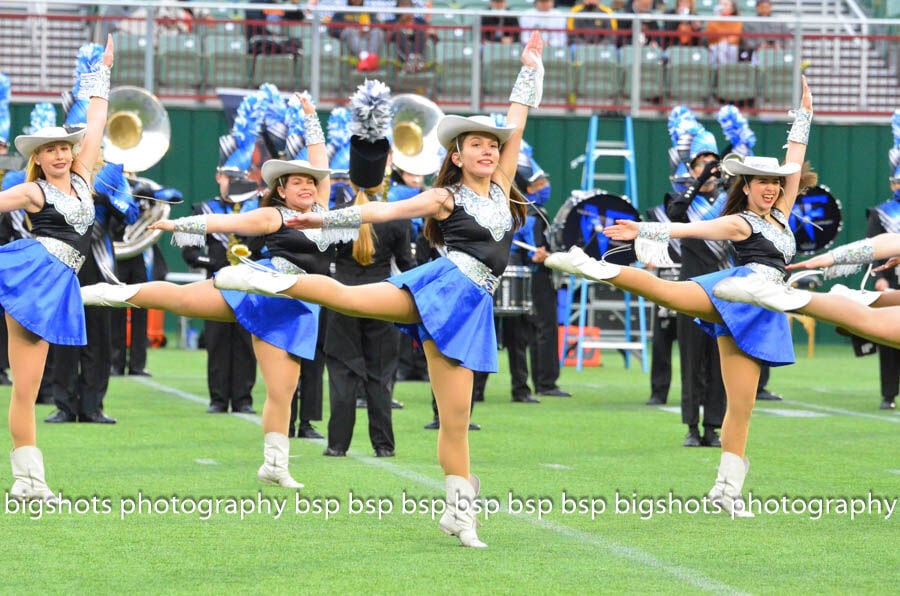 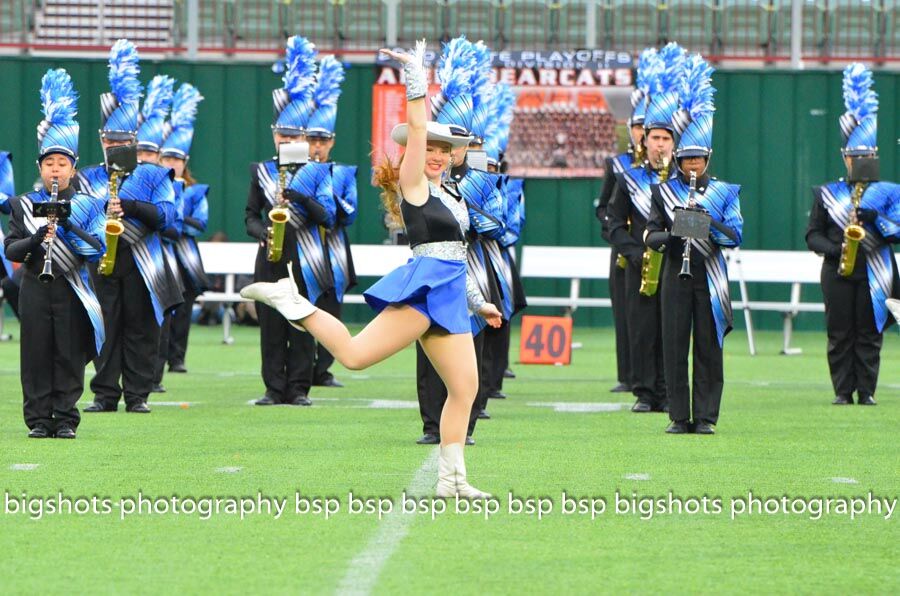 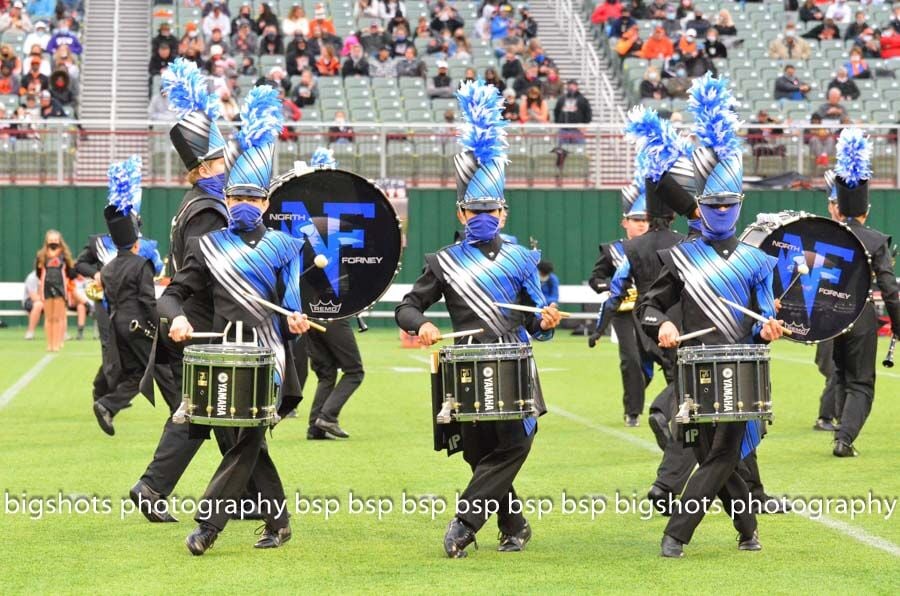 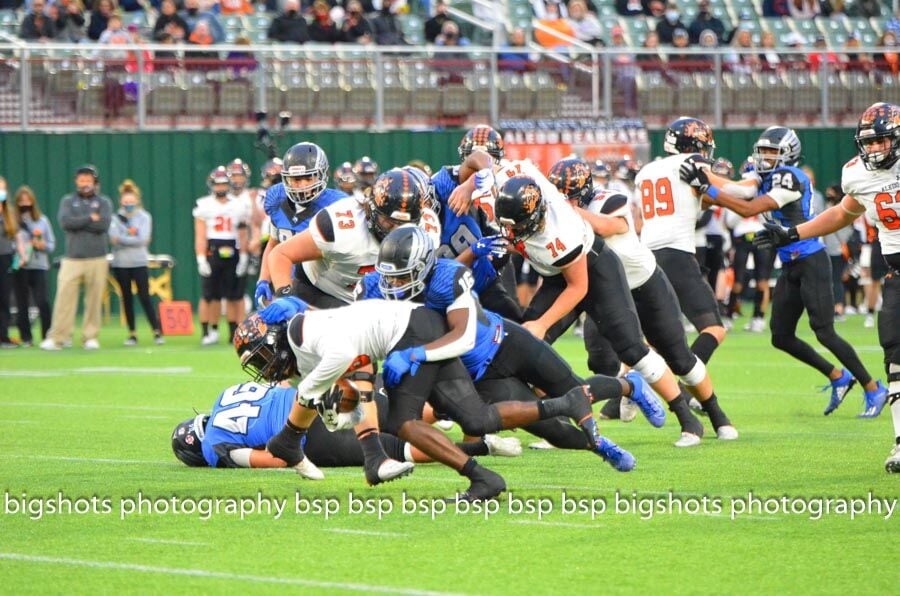 FORNEY, Texas — North Forney knew they had their hands full heading into Friday afternoon’s showdown with the Aledo Bearcats at Globe Life Park. Not only has Aledo tallied more state championships than any other high school in the state of Texas but, they were also the defending state champions.

The Falcons struck first taking the opening possession and driving 75 yards on 14 plays for the opening touchdown when senior quarterback Jacob Acuna kept it on the read option and ran it in on 4th down and goal from the 1-yard line.

However, Aledo wasted little time answering back by taking only 6 plays to go 72 yards in just over 1 minute and 30 seconds for their first touchdown. The drive was capped off by a 10-yard touchdown run by Bearcats senior wide receiver JoJo Earle.

The Falcons were again in Aledo territory on their second possession when Acuna’s 3rd down pass skipped off the fingertips of senior wide receiver Collyn Shipley and fell into the hands of a Bearcats defender for the interception.

Things only went downhill from there.

Aledo would score 21 unanswered points thanks in part to touchdown runs of 4- and 51-yards from Earle and senior running back Demarco Roberts to open up a 21-7 lead over North Forney.

North Forney took their first possession of the second quarter all the way down to the Aledo 1 yard line but were unable to score and turned the ball over on downs at the 1-yard line.

Two plays later the Falcons defense came up with a big play when junior defensive back Demarcus Kirk and senior lineman Rod Brown tackled Earle in his own endzone for a 2-point safety to cut the Bearcats lead to 21-9.

The Falcons had to punt after the kickoff from Aledo following the safety and that’s where trouble struck. Earle fielded a bouncing punt from Falcons punter Ricky Cortez at his own 16-yard line and proceeded to go untouched 84 yards for a touchdown and 28-9 Bearcats lead.

The Falcons would punch back just before halftime. On 4th down and 7 from the Aledo 14-yard line, Acuna found junior wide receiver Lemarcus Kirk in the middle of the field for a 14 yard touchdown pass. Acuna threw a perfect pass and Kirk made a tremendous, contested catch for the 6 points. The Falcons successfully converted the 2-point attempt when Acuna found senior wide receiver Kam Allen and the Bearcats led 28-19 at halftime.

In the second half it was the Demarco Roberts show. Roberts scored 3 of his 4 touchdowns in the second half. He finished the game with 224 yards rushing on 27 carries. He displayed power, vision and speed causing North Forney’s defense to miss a handful of tackles throughout the game.

The Falcons offense was held in check in the second half and were unable to score until late in the game once the game had already been decided when senior running back Jermaine Oakley ran into the endzone from 3 yards out.

The Bearcats did not turn the ball over and the Falcons did twice. The Bearcats also did not have to punt until midway through the 4th quarter once things had been decided.

It was a tremendous season for the Falcons who finish with a record of 9-2. North Forney will lose a large amount of their starting lineup due to graduation and must find a way to replace those departures going into 2021.

For a season that just a few months ago no one was sure we would even have the 2020 Falcons gave us a bunch of memorable moments that will last a lifetime.

Until next season… GO FALCONS!!!