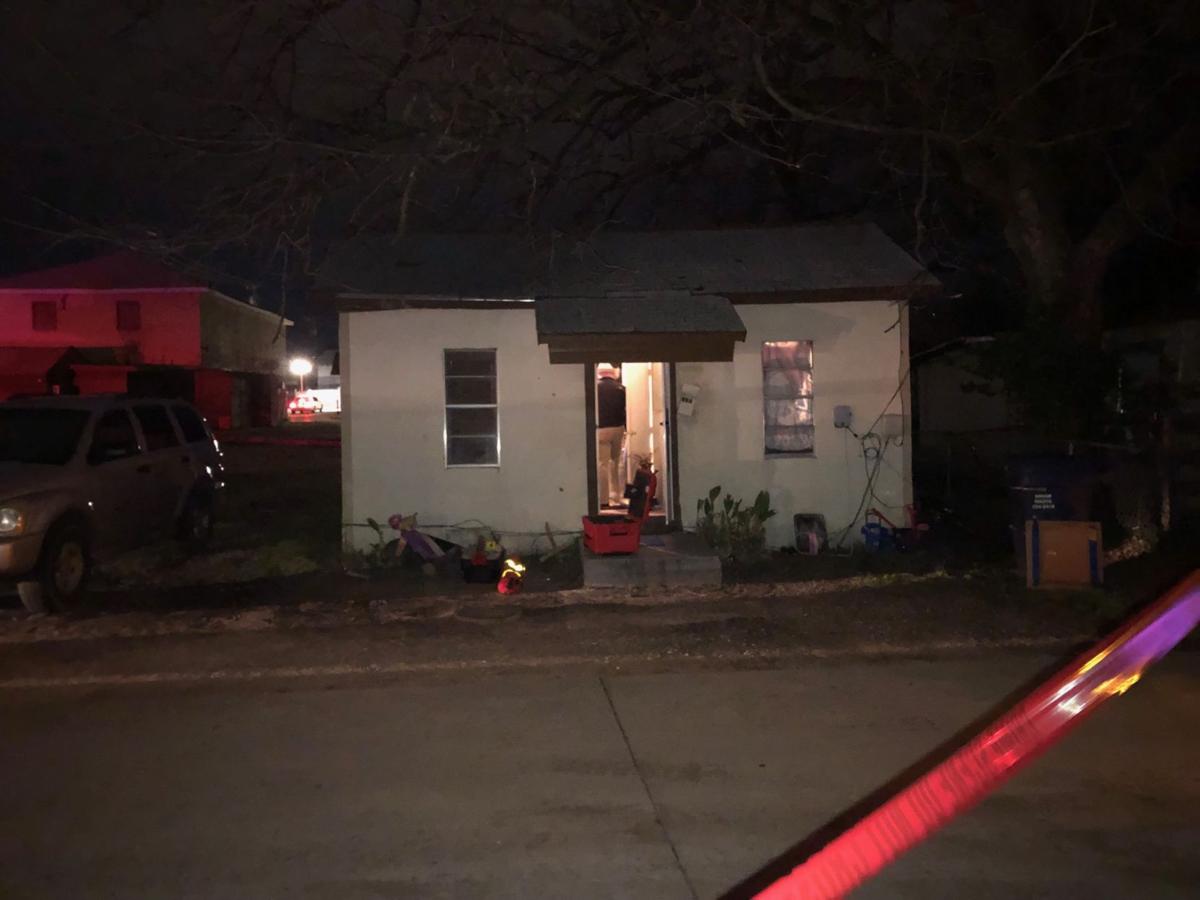 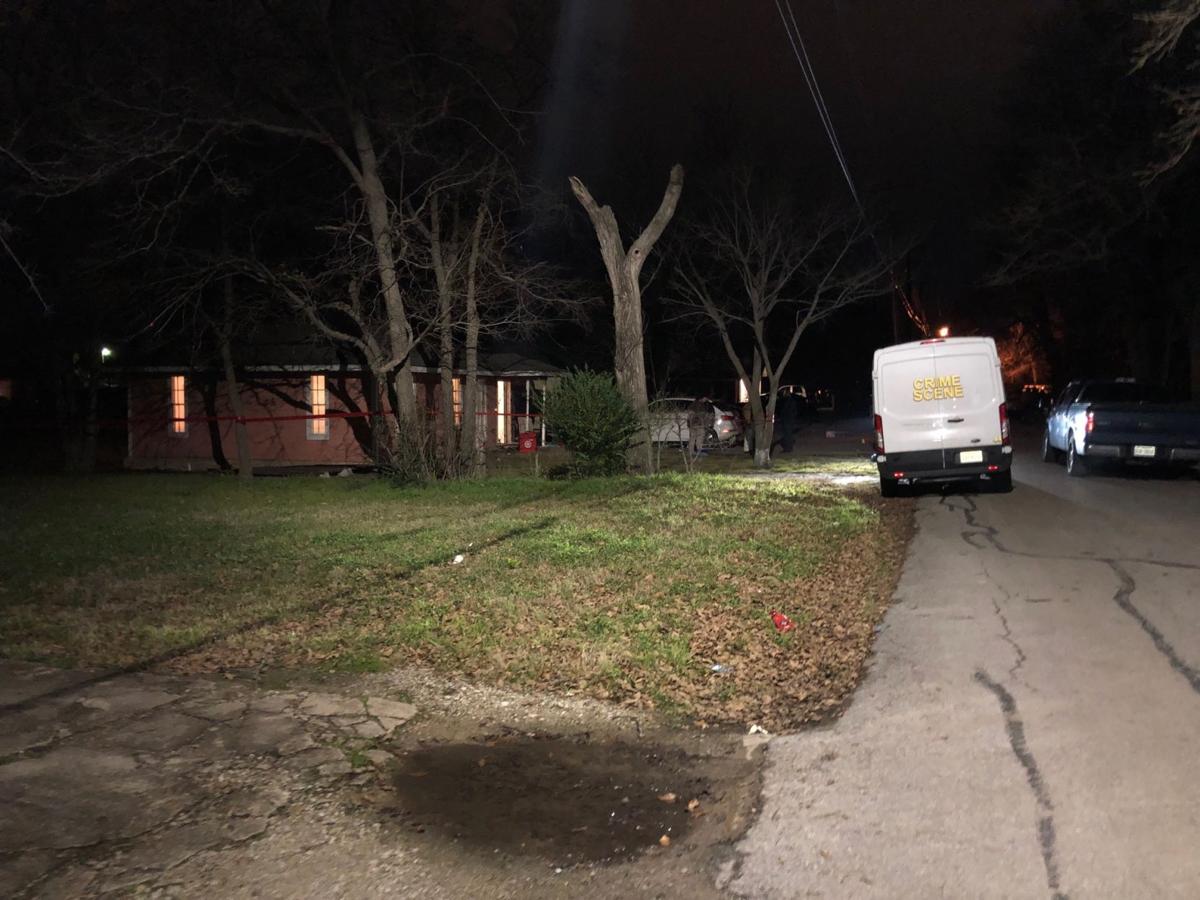 TERRELL, Texas — LATEST — Maxie is being held at the Kaufman County Jail on more than $2 million in bonds, according to jail records.

Maxie has been charge with one count of murder and is being held on a $2 million bond; no bonds on Kaufman County charges for failure to identify as a fugitive; criminal mischief; resisting arrest, search, or transport; and $50,000 in bonds on Oklahoma charges for assault and battery with a deadly weapon and larceny of a vehicle.

UPDATE Jan. 14 — 29-year-old Jermichael Maxie has been arrested and charged with murder in connection with the shooting deaths of two Terrell men on Saturday.

This morning around 9:30 a.m., Maxie checked himself into the Dallas Presbyterian Hospital for an unknown medical issue. A technician at the hospital recognized him from media coverage and alerted local authorities.

Authorities say On January 12, 2019 at 5:48 p.m., Terrell Police responded to a disturbance at 300 block of Cottage to find a deceased gunshot victim. He was identified as Kenneth White Jr., 37, of Terrell.

Sources close to the investigation tell inForney.com that initial reports indicate White was visiting the residence which belonged to a female who is related to the suspect now in custody.

According to affidavits released to inForney.com today, Maxie arrived at the residence and asked his sister for a cigarette. As she went to retrieve the cigarette she heard three shots and returned to find White deceased with multiple gun shot wounds. She proceeded to push Maxie out of the house the affidavit says. The female resident was present with children that were later removed and questioned by investigators. She confirmed to police that the shooter was her brother.

At 5:51 p.m., Terrell Police received a second call of a disturbance at 500 block of  Frazier. A second gunshot victim was found deceased at this location. He was identified as Markiest Lucky, 25 of Terrell according to release issued by the department today.

Authorities tell inForney.com that Lucky sustained a single gun shot wound to the head and was discovered by a female who identified herself as the victim's girlfriend. She told authorities she had seen Maxie earlier in the day and said he appeared to be impaired by drugs and alcohol.

At 6:09 p.m., Terrell Police received a third call of an Aggravated Robbery/Attempted Aggravated Kidnapping in the 100 block of W. Main.

The victim here reported that a thin build, black male subject wearing all black, attempted to force her by gunpoint back into her vehicle. She fled on foot and the subject stole her vehicle, a black 2010 Lincoln, which included her cellular phone. No shots were fired and there were no reported injuries to the victim. The victim is an employee of the Terrell Independent School District.

The stolen vehicle was recovered in Rowlett, unoccupied, on Sunday. Although a person of interest, Maxie has not been linked or charged in the Aggravated Robbery/Attempted Kidnapping at this time.

Terrell Police, Texas Rangers, US Marshal Service, Kaufman Sheriff’s Department and Texas Highway patrol assisted in a variety of ways during the investigation, processing, surveillance, and perimeter control of the multiple crime scenes, according to the release.

ORIGINAL — The Terrell Police Department is investigating two shooting deaths and an aggravated robbery and carjacking on Saturday night.

Police say the two shootings are related and have issued a murder warrant for 29-year-old Jermichael Maxie, who remains at large.

At 5:49 p.m., the Terrell Police Department responded to the 300 block of West Cottage Street where, sources tell inForney.com, one person was shot to death.

At 6:03 p.m., police received another call in the 500 block of Frazier Street where, sources say, another person was found deceased of an apparent gunshot wound.

Maxie's criminal history includes charges in Tulsa County, Oklahoma for first-degree burglary, assault and battery on a police officer, convicted felon prohibited carrying of a weapon, and false impersonation, according to court records. In Terrell, Maxie was previously charged with possession of marijuana in a drug free zone, failure to identify as a felon, and resisting arrest, search, or transport.

At 6:09 p.m., police were called to 100 block of Main Street where a woman was carjacked at gunpoint. Her cell phone was also stolen along with her 2010 Lincoln, possibly an SUV or crossover-style vehicle.

A regional be-on-the-lookout notification to area law enforcement agencies indicated the the two homicides were possibly related to the carjacking, however, law enforcement has not confirmed those details with inForney.com.

Terrell Police Department Captain A.D. Sansom says the carjacking victim, who was uninjured during the incident, described the suspect as a black male with a thin build wearing all black. He was armed with a handgun.

This is a developing story. Please refresh the page for the latest.

KAUFMAN COUNTY, Texas — A Kaufman County grand jury has handed down indictments for capital murder of multiple persons and murder in separate cases.