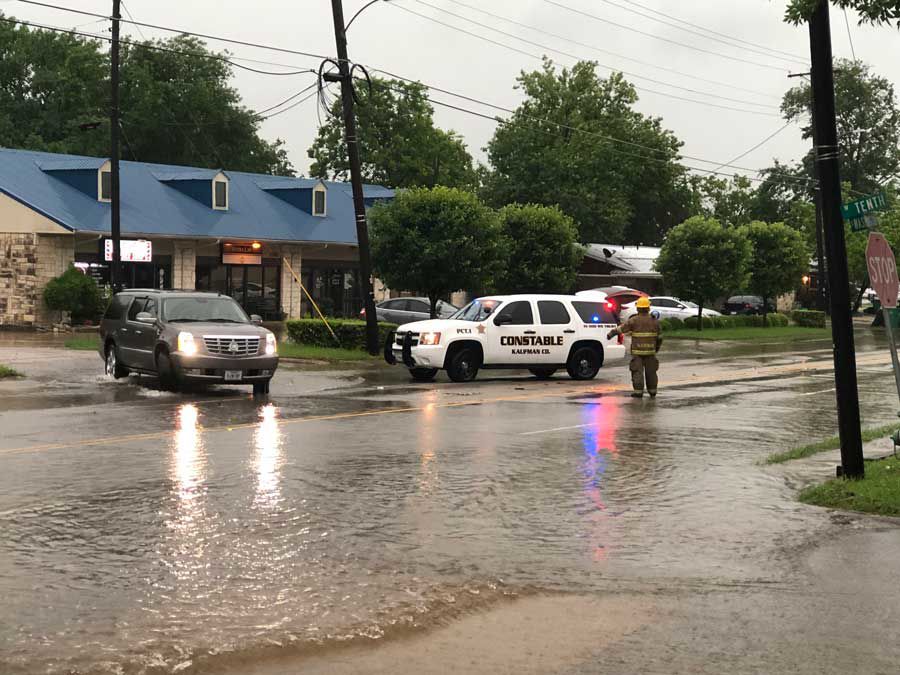 KAUFMAN, Texas — A Flash Flood Warning has been issued for Kaufman County until 2:15 p.m. with reports of several road closures due to high water.

Emergency management officials have reported up to two inches of rain has already fallen in the warned area leading to flooding in various areas of the county.

In Kaufman, north and southbound lanes of Washington Street from 10th Street to Fair Street are closed, including the complete intersection with U.S. Highway 175, due to high water covering the area.

A jackknifed 18-wheeler has forced the closure of westbound U.S. Highway 175 at the State Highway 243 interchange. All traffic is being diverted onto the by-pass, according to the Kaufman Police Department.

"A Flash Flood Warning means that flooding is imminent or occurring," stated the NWS. "If you are in the warned area move to higher ground immediately. Residents living along streams and creeks should take immediate precautions to protect life and property."